Thankfully, I felt completely fine Friday and went ahead with the run.

Before getting in my car I took a selfie so that Dad would know what to look for at the finish so he could hopefully get a few pictures. 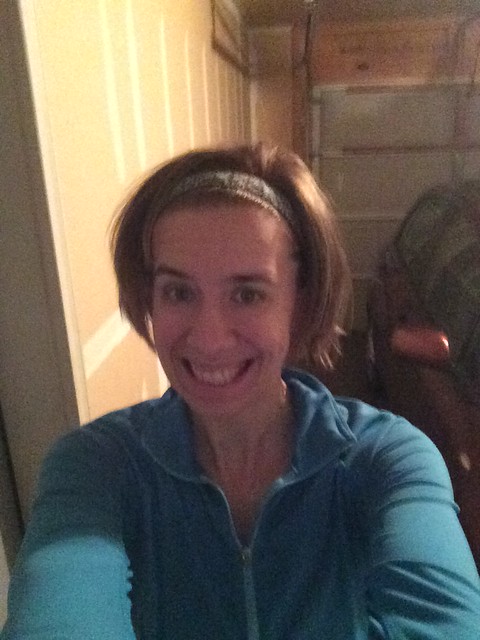 Don’t let that smile fool you. I don’t know why but I was not in the mood to run.

I managed to time my arrival on campus with just enough time to pick up my bib and shirt, use the restroom, pin on the bib, put the shirt back in my car and get to the start line which was a little farther than I remembered. (I believe that it’s the same start line as last year but I volunteered last year and didn’t run.)

When we started I had no desire to run 12.4 miles. In fact, just after we crossed 291 I actually seriously considered turning around and heading back to the start thus earning my first DNS. Obviously I didn’t turn around but it took quite a while for me to get out of this negative mental state.

I was in no mood to conquer the hill so when we turned onto Altamont I gave myself permission to take as many walk breaks as I needed and to just get up the mountain. For some reason I deluded myself into thinking that the mountain portion was just a mile. (It’s more like two.)

Despite my “mental issues,” I felt physically good. The mountain, at that point, did not feel as difficult as I remembered. I did not delude myself out of remembering the more difficult portions to come.

Somewhere in the middle of mile 2, I struck a bargain with myself and told myself to get to 1.25 miles run on the mountain without walking.

The mountain started to get harder in the second mile. I took a couple walk breaks, including right at the summit. I didn’t care though. That portion is ridiculous.

Once I crossed the summit I shifted into “long run” mode. I had just 9ish miles to go. My only goal was to finish. This shift, and the easier terrain, helped me get out of my head a bit. I actually started to enjoy the rest of the run.

I don’t have much to say about the individual middle miles. My pace held fairly steady. I confirmed that I should have worn short sleeves and gloves. I kept getting passed. (I did pass a few of those guys back.) All the turns were well marked, both on the ground and with monitors making sure we turned the right way.

The latter portion is not without hills, both small rollers and short, steep-ish inclines. I still felt pretty strong through.

Around mile 10 we passed the water stop where I volunteered last week and I knew that the race was almost done. I also knew that I was almost guaranteed a PR. (That’s really easy to do when the last time you ran a stand-alone 20k was 4 years before, just a year or so after you started running.) The ground leveled out and I picked up the pace a bit. (There was one last hill in mile 11 that made me consider walking for just a bit but it was over quickly.)

My least favorite part of the race is the section on 291/25 (I don’t know which one it is) before we turn into the entrance of Furman University. It’s a busy road and we are relegated to the shoulder. This shoulder has a horrible camber to it which forces you to run as close to the actual road as possible. Not cool. Thankfully it doesn’t last long.

A short .3 miles later and I was done, looking good too. 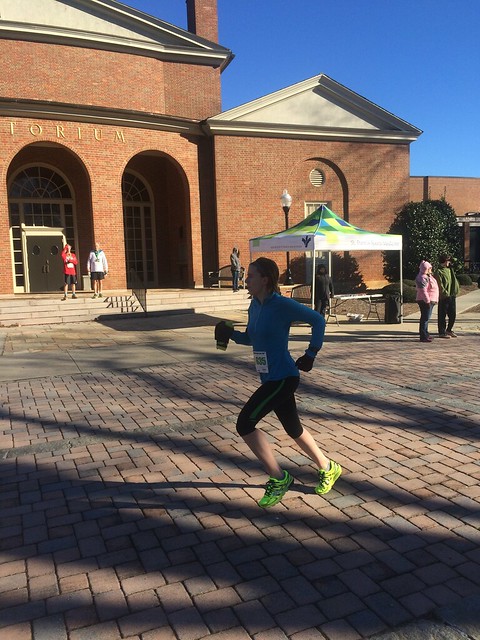 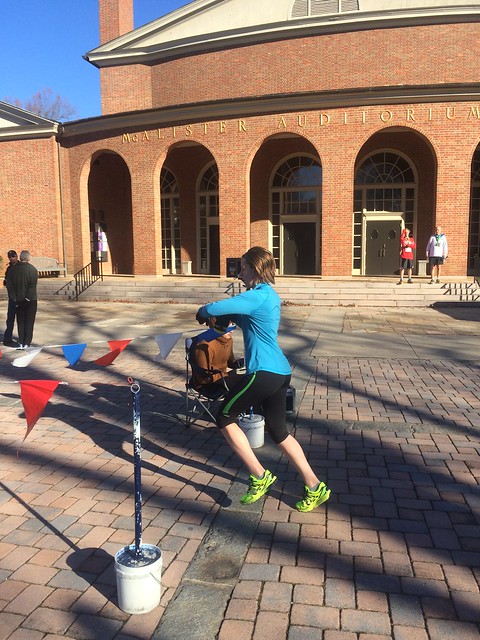 Not to bad for a race where I wasn’t even racing.